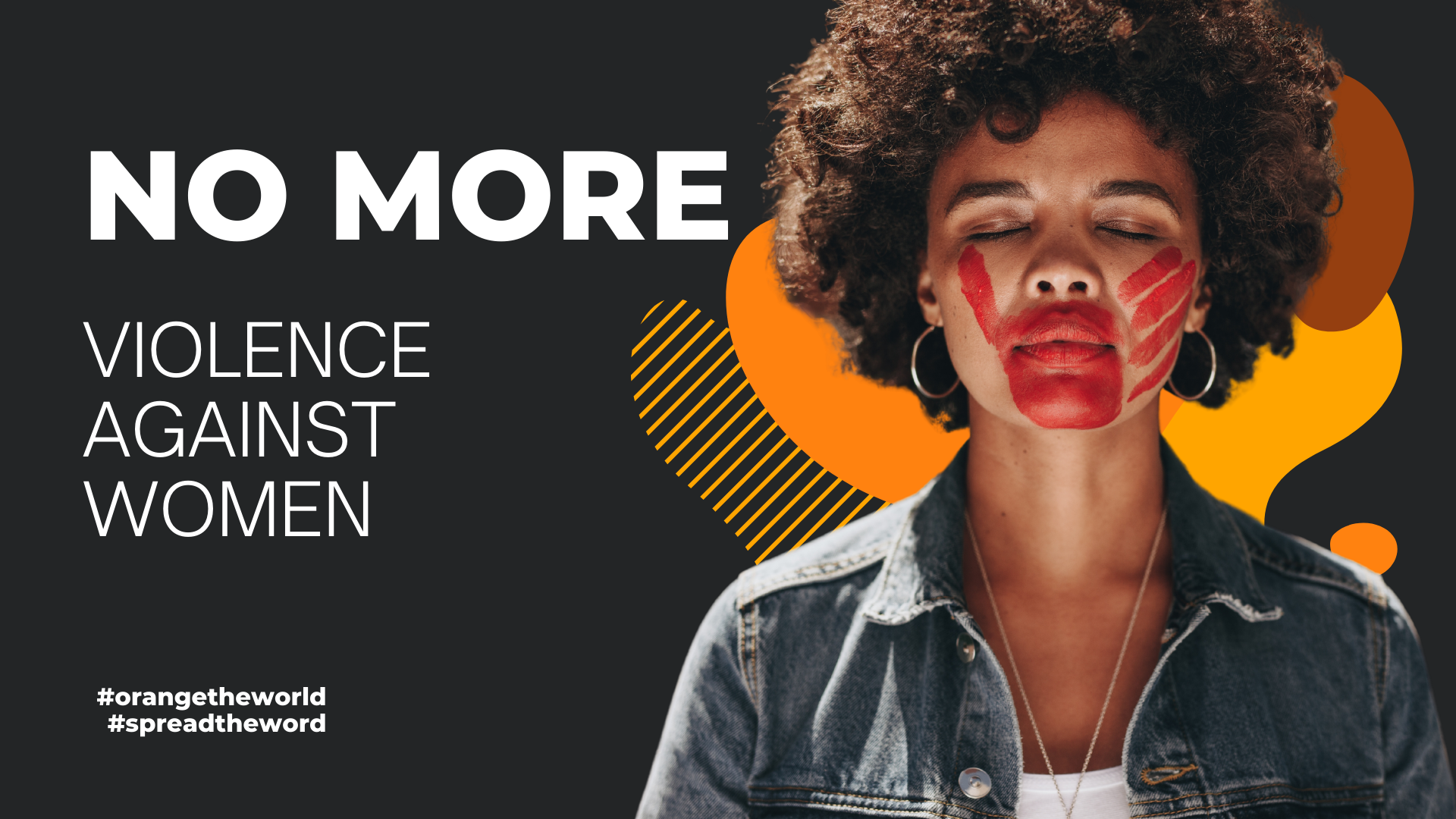 Gender-based violence is considered to be one of the most prevalent and common human rights violations in the world. According to UN Women, “Since the outbreak of COVID-19, emerging data has shown that all types of violence against women and girls (VAWG), particularly domestic violence, have intensified.”

Violence against women is “any act of gender-based violence that results in, or is likely to result in, physical, sexual or psychological harm or suffering to women, including threats of such acts, coercion or arbitrary deprivation of liberty, whether occurring in public or in private life” as defined by the  Declaration on the Elimination of Violence Against Women issued by the UN General Assembly in 1993. Some forms of violence include domestic and sexual violence, human trafficking, child marriages, female genital mutilation, harassment and many more.

In order to end violence against women and girls, the actions you take at home, school, workplace and community can make a difference and an impact. Many victims of violence usually remain silent on their abuse and experiences for diverse reasons including fear, stigma and shame around the subject. When people are bold enough to share their stories, make time to listen and believe them, support and stand with them in their recovery journey and process through the justice systems. Providing a safe space for survivors is the first step to ensuring that the cycle of abuse and violence is broken.

When a victim of abuse shares their story, consider making them aware of the various resources available to help them. There are agencies and trained personnel available to help victims of violence. To be able to give out such advice, the responsibility lies on each one of us to arm ourselves with as much information as we can on violence related issues and abuse, know the signs and how to help end it. Visit Ending violence against women to view a list of helplines and access more resources on eliminating violence against women and girls.

Setting the right examples and teaching the younger generation in their early stages of development is a good way to prevent gender-based violence in the future. Educating and empowering them on women’s rights gives them information and allows them to easily identify various forms of violence. Initiating conversations around human rights, gender roles and causing them to truly understand consent will shape their thoughts and actions to eliminate violence and inequality in the future.

Desire to be a part of the creation of a safe environment and take a stand, regardless of your gender, to speak up about gender-based violence. Hold your family, friends and co-workers accountable and call them out when they exhibit even the slightest signs of violence like inappropriate sexual comments, physical touch or action. Spread the word and share resources and related content on social media to expand  reach and inform others to join the conversations to eliminate violence now!

Bewsys supports gender equality and the campaign to eliminate all forms of violence against women and girls. Explore our work in social protection and gender-based violence prevention here.